Health Areas » Smokefree » What is being 'smokefree'?

What is being 'smokefree'?

BEING 'SMOKEFREE' OR AUAHI KORE MEANS YOU CHOOSE NOT TO SMOKE.

Nearly 85% of New Zealanders are smokefree – that means most of us are choosing not to smoke!  Ka rawe!

Being smokefree and having smokefree environments help support the  health and wellbeing of our families and whānau.
We know tobacco kills, so it makes sense to be smokefree and share a long healthy and happy life with our whānau.

What are the stages of smoking?

Moving from a non-smoker to an addicted smoker is shown in the five stage process below:

Generally it takes about two to three years for someone to go through each of the five stages above to become an addicted smoker.

Research shows that the longer smoking is delayed, the less likely a person is to become a daily smoker.  Initiation to smoking usually occurs during primary – intermediate school age, with daily smoking habits typically starting before secondary school.  This is why it is so important to role model smokefree to our tamariki who are easily influenced.

What areas can we make smokefree?

You can make a powerful statement that smoking is not for you or your whānau by showing smoking isn’t a normal part of life.  By doing this you will make it less likely your children or mokopuna will start to smoke. 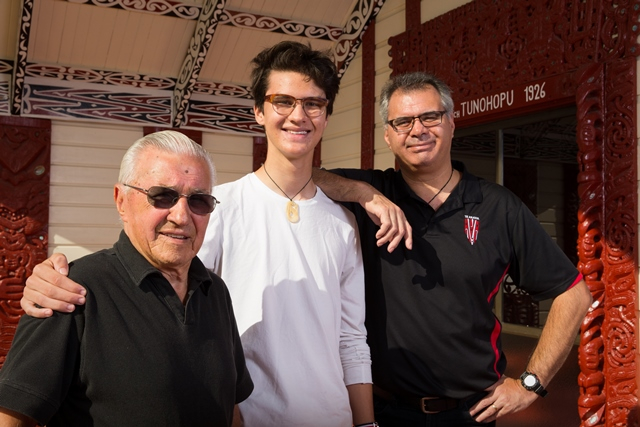 He Aha Ai Why should we be smokefree? He Aha What is being 'smokefree'? Pehea Ai How do whānau become smokefree?