Marae joins the ranks of alcohol-free 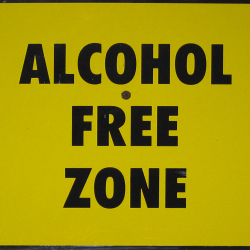 Issues with people getting drunk and post-rugby game booze-ups getting out of hand have led a Hicks Bay marae to impose a total alcohol ban within its grounds.

Hinemaurea ki Wharekahika marae at Hicks Bay went alcohol-free on Tuesday and marae chairman Moki Raroa said it was a decision that would have health and social benefits for all marae users.

“It’s just to get our people thinking you can have celebrations and things at the marae without the need for alcohol.

“It has been impacting on some of our whanau that have been drinking on the marae, and getting drunk and causing trouble.”

Previously, alcohol had been available with food until 8pm before all alcohol was supposed to be removed from the marae.

The marae is also used as the Hicks Bay rugby clubrooms.

“That was really why we didn’t impose a drinking ban in years gone by, so they could have a venue were they could give their visitors a feed and a few drinks while they did their speeches.

“But even they haven’t respected that and so we came to the decision last year that we would make our marae alcohol-free.”

The marae was still available for the rugby club to use but no alcohol would be allowed on the site.

Mr Raroa said the new policy had been well publicised but it was too early to say how people would react to the ban.

“I think it will take a while for people to get used to it but we’ve been warning them all last year, so they knew it was coming.”

Hapu member Ani Pahuru-Huriwai said most other marae in the Matakaoa area had already gone alcohol-free.

“It’s something we’ve been considering for quite a while. It’s about trying to create a positive and safe environment for our children and our grandchildren, who we want to frequent the marae.

“Some years ago we made our building smoke-free. This is just a progression of wanting to create a healthy environment for our kids. It’s also about managing alcohol behaviour.

“The trustees plan to leave the marae in a healthy state for the next generation and part of that is to ensure they are not inheriting a whole lot of issues, of which alcohol can be problematic.”

Monitoring and policing the ban would now be the key to its success.